A few months ago, as I was searching the internet for sources for an Edgar Allan Poe article, I came accross a rock band named “Edgar Allan Poets”. I was intrigued by the name obviously, so I checked out their music. I loved it. Their noir sound, as they describe it, is a “mix between distorted/grunge guitars and classical strings, piano, deep lyrics singed with a low tune voice”. They just released their new video “Nibiru”, so it is a great opportunity to get to know them a little better. The mind behind the band, and also the voice of Edgar Allan Poets, Chris Mariotti, is our guest today on Nyctophilia and we can’t wait to find out more about his music. 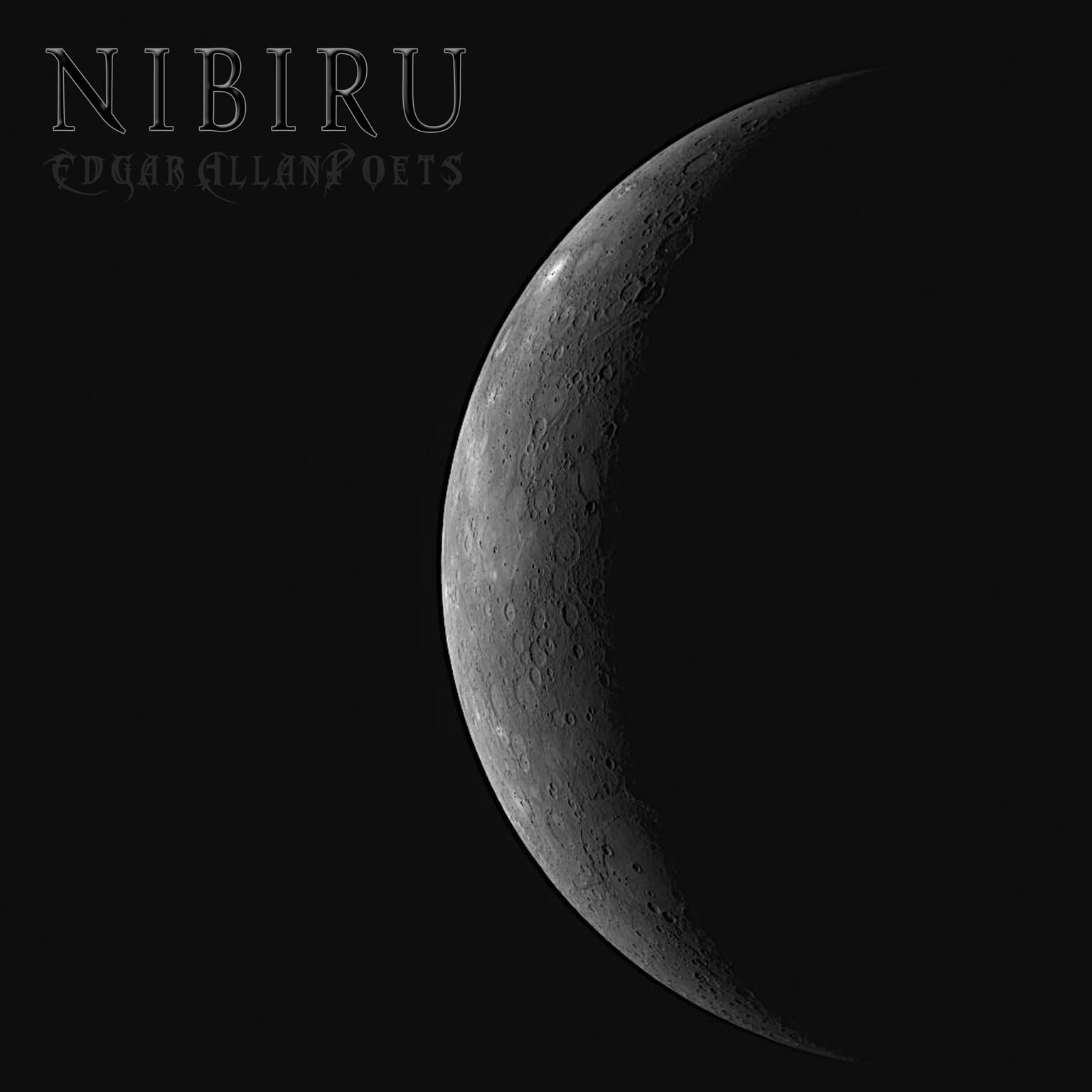 “Edgar Allan Poets” are an alternative band that promotes a dark and intense sound that’s being called noir rock. Their music is a mix of grunge guitars, classical strings and lyrics that evoke tales shrouded in shadow and mystery.

The Poets are two rock noir artists inspired by the works of Edgar Allan Poe.

E.R. Thank you so much for taking time to answer my questions, my team and I are very excited to have you on Nyctophilia.gr.

C.M. Thank you for your interest in my music project 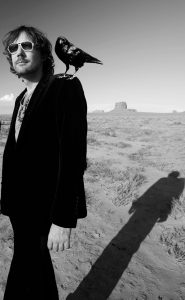 1. “Edgar Allan Poets”, a name that couldn’t be more crystal clear. What were the first impressions and comments when you introduced yourself to the audience?

Luckily, everybody loved and love the name. I was a bit scared to relate the band to such a genius, the fans can get upset when you do these kind of things, but I haven’t had any problem so far. We want to honor Edgar Allan Poe and we want to recreate his atmospheres in music. I guess they understood our message.

2. You describe your music as “noir rock”. What are the main elements for such an alternative sound, what is your “recipe”?

Noir rock is a mix between distorted/grunge guitars and classical strings, piano, deep lyrics singed with a low tune voice.

This music is inpired by Poetry and Cinema …mainly the poetry of Poe, but also authors like Milton, Donne, Coleridge, Browning inspired me as well to write many songs. Movies by Hitchcock or early 1900 silent movies like “The man who laugh”, “The Golem” etc.

The distorded guitars represent the horror/thriller and the strings and piano the romantic side of our sound.

In my mind, Noir Rock is something between good and evil, we live in between the sunset and the dawn of the day, we enjoy the light, but we are also facinated by the dark. What I’m trying to achieve is to find the perfect balance in this melodic limbo.

Chrisis is from Italy. His family traveled and part of his major locations included Algeria, South Africa, Italy and, eventually, Los Angeles, California. It was during his life in Italy that the artist began taking his music seriously, playing guitar and composing.

3. Do you remember when was the first time you read a work of E. A. Poe and which one was it?

The fist work I read was a “A Descent into the Maelström”…amazing. What I like the most about Poe is that even if the story is so tragic and terrifing there is always hope, there is always a romantic side to it. I’m not a big fan of Horror Splatter movies, I prefer Thrillers or Noir Movies. Because of that, even if you are telling me a tragic story, I want you to guide me trough it gently as Poe and Hitchcock did in their works. 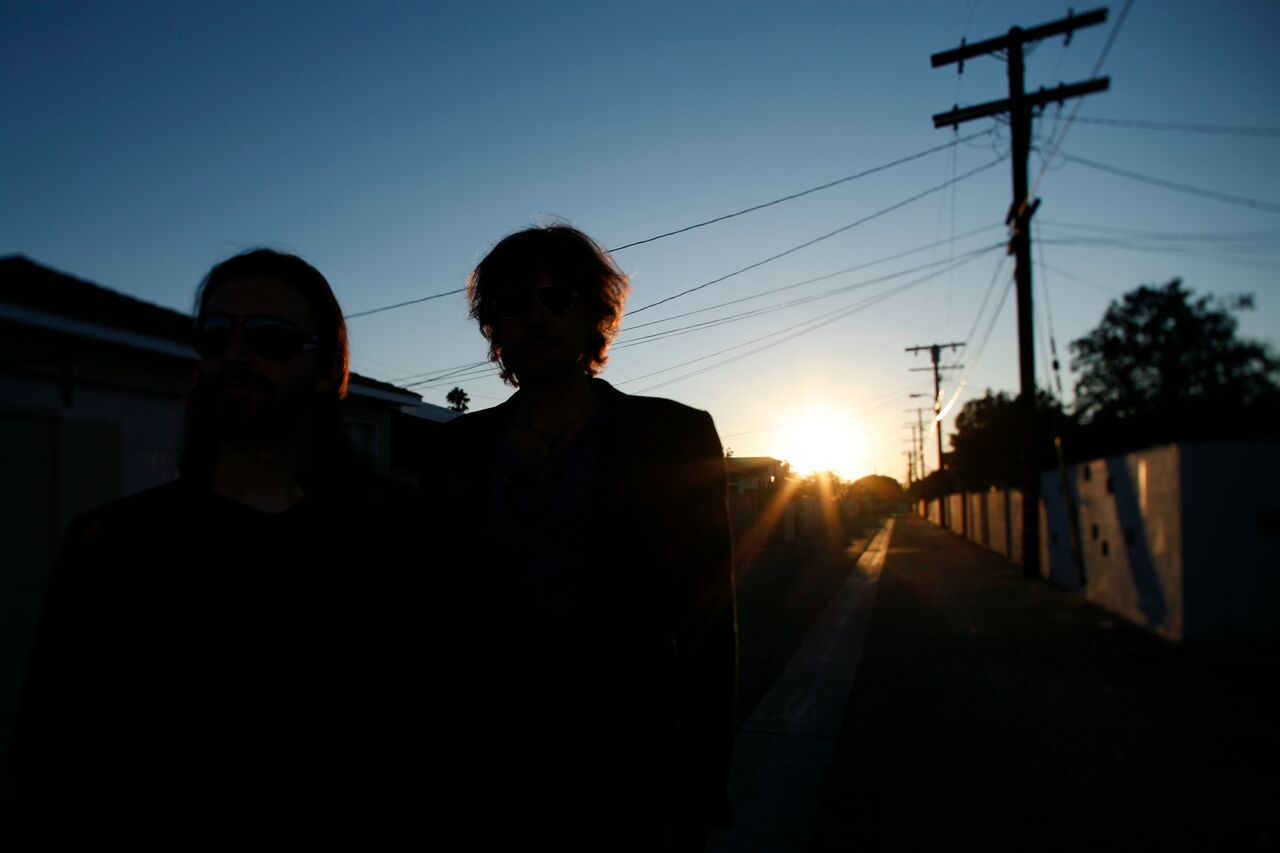 4. “Crow girl” is one of – if not the most – representative example of your sound. What is the story behind this mesmerizing song?

Yes, Crow Girl is a cool song and for sure it represents our style, but the first song ever written by Edgar Allan Poets is “Old Black Clow” so we consider that song to the be the spark of our sound.

The music of “Crow Girl” has been written by Lor Noor when he was still part of the band, now his spot has been taken by The Shadow. The trademak of the song is that magical and haunting piano riff…a magical, romantic and musterious piano then cut by powerful distorted guitars…the perfect Noir recipe.

The Poets’ other major member is The Shadow. From Norway, the drummer coincidentally lived in Italy before landing in Los Angeles. He was studying music, getting a degree in percussions. He’d actually met Chrisis in Italy. Chrisis had been through several bands before he and Shadow decided to form a group. While Chrisis and Shadow are the primary members of Edgar Allan Poets, they have also collaborated with keyboardist Mr.W. With Chrisis on the vox and guitar, and Shadow handling drums and keys, their deep admiration of Poe’s gothic work, as well as their mutual love of Alfred Hitchcock films, is evident, inspiring the direction and sounds of their work.

5. Is there a usual process you follow while writing new songs?

I usually write all the songs, I take my guitar and I try to find a chord that inspire me somehow, when I find that note able to give me the magic, then I create the structure of the song, verse, chorus, bridge etc. Once that is done, is it’s time to put the colors, strings, piano etc. I usually sing nosense lyrics just to have the melody and then I write the lyrics over it when the song is almost done.

6. It has already been a long and exciting journey since the first day you were formed. Do you have any memorable happenings to share with us?

The first time we arrived and recorded our songs in Los Angeles in 2009…what a moment. We had the chance to work with Rhys Fulber producer of Paradise Lost and Fear Factory in incredible studios…we felt like rock stars. We were recording our songs, playing pool and drinking beers…what’s better than that. 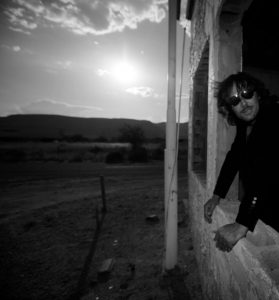 7. Besides Poe’s gothic poetry and Hitchcock’s eerie movies, where else do you draw inspiration from?

The events that are happening around the world are a huge inspiration for me overall for the lyrics. I don’t want to be too political, but sometimes it’s hard not to speak about politics. I supported Bernie Sanders during the US election and I did a song for him. I also did a song about the crazy idea of buiding a wall. I try to avoid these kind of topics, but sometimes I really need to shout out what I think. My last song is about “Nibiru” a ghost planet that maybe one day will crash into the earth. This is probably only a legend, but I got inspired to write a song. What if this catastrophy happened for real? Maybe we would finally give priority to the important things… we are always busy, in our busy nothing. You can find our music and videos here:

8. How do you feel about the internet in the music business?

On the Poets’ website, you can play and enjoy their noir rock. It’s an open community with Chrisis and Noor sharing everything they love about music and their influences, as well as their videos. They have tributes and peeks at the works of Poe, Hitchcock, and other artists and works, and culture in general. They also invite visitors to share their own artwork, videos and comments. Subscribe to their YouTube channel and join the noir rock family on Facebook.

9. Any chance to see you on stage in Greece – or at least in Europe – sometime soon?

We are an indie band so basically every fan is part of our street team. We would love to play in Greece, are you kidding me, you county is amazing. We can play enywhere there are people interested in our music…as long as we find beers we are good to go :). We have a song called Icarus inspired by the Greek mythology…can you imagine playing it under the shadow of the Parthenon…I have goosebumbs only thinking about it.

10. What are your plans for the future?

Lots of music and videos. My plan is to go out with a new song almost evey month. I just finished shooting the video for Nibiru, the video will be on youtube soon. In June, another song will be released “Waiting For You” and In July another one “Drops Slowly Killing” …stay tuned because we are not very shy and we will put all we have outhere.

11. I really have to ask this one before I say goodbye. Favorite verse or quotation by E. A. Poe?

I love a lot of quotes by Poe and actually sometimes they change, I think it depends on the mood I am in anyway right now my favourite is this one for sure

I became insane, with long intervals of horrible sanity

“All that we see or seem, is but a dream within a dream…” and you turned that dream into music. It was a pleasure talking to you.

Critics and fans do agree that if you enjoy Hitchcock movies and Edgar Allan Poe, the music of the Edgar Allan Poets and the world they want to share is more than worth a listen. It might even be worth two, and forever more.

*The parts in quotation marks are taken from their official website.

Interview with Grady Hendrix, author of...