by Nyctophilia 3 Φεβρουαρίου 2018
0
FacebookTwitterPinterestEmail
Independent Legions Publishing is pleased to announce the first year of the INFERNO AWARD, dedicated to original horror novellas in English.

The Inferno Award finalists will be determined by a Preliminary Jury, composed of Independent Legions’ editiorial staff (Alessandro Manzetti, Jodi Renée Lester, Lucy Snyder and Michael Bailey), who will select five nominees, and the winner by a Final Jury, composed of Ramsey Campbell, Ellen Datlow, Jonathan Maberry, Stephen Jones and Edward Lee, who will choose the winner.

The five finalists will be revealed in July 2018 and the winner will be announced in September 2018.
The awarded novella will be published in 2019 by Independent Legions in paperback and digital editions, with a $600 advance against royalties, to be paid at the signing of the contract for first exclusive English-language rights for three years. The winning author will also receive a Fallen Angel Lucifer bronze statuette.

Submissions are open to everyone. All types of horror are welcome. All subgenres and forms of speculative fiction are welcome. Sex or violence should be artistically justified; no stories about child abuse of any kind. Works must be written in English and previously unpublished in any form. This means they must not have been published in books, magazines, newspapers, on websites, etc.

We do not accept multiple or simultaneous submissions.

Submissions should follow standard manuscript format (12 pt Times New Roman or Courier fonts, 1” margins all around, line spacing 1½ or 2 spaces). It must be in .doc or .docx format or it will not be considered. Your name and contact information must be at the top of the first page of the novella. Page numbers with author’s last name and/or partial novella name on subsequent pages would be appreciated.

Cover letter is optional, but if you do include one, please add a short bio (up to 200 words). 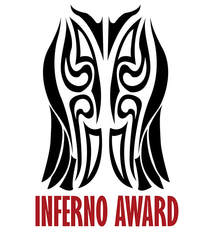 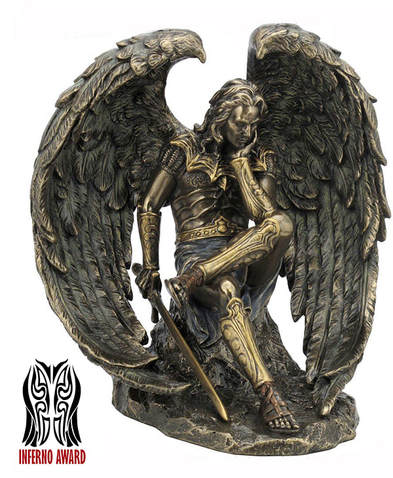 About Independent Legions
Independent Legions is a publishing company specializing in horror fiction, located in Italy, founded in 2015 by Bram Stoker Award-winning author Alessandro Manzetti. Since that time, we have published, in English and Italian, more than 50 titles by the most revered and successful writers in the horror genre: Clive Barker, Richard Laymon, Ramsey Campbell, Poppy Z. Brite, David J. Schow, Robert McCammon, Jack Ketchum, Edward Lee, Peter Straub, Charlee Jacob, Dennis Etchison, Carlton Mellick, Greg F. Gifune, Gene O’Neill, Nicole Cushing, Lucy Taylor, Shane McKenzie, Alyssa Wong, Usman Malik, and many others. We have already bought the rights to about 25 books that will be released in 2018 and 2019, including works by Stephen King, Joe R. Lansdale, Neil Gaiman, Harlan Ellison, Tanith Lee, John Skipp, Craig Spector, Caitlín Kiernan, John A. Lindqvist, Brian Lumley, Mark Alan Miller, anthologies edited by Stephen Jones and Mort Castle, and other works by Clive Barker, Richard Laymon, Edward Lee, Charlee Jacob, Poppy Z. Brite, and many more. So far, we have published and are about to publish a total of 137 authors, among them more than 45 Bram Stoker Award-winning authors and 2 volumes of our anthology series The Beauty of Death – The Gargantuan Book of Horror Tales. Each volume has contained about 40 stories by both contemporary masters of horror and newcomers. The Beauty of Death Vol. 1 (June 2016), edited by Alessandro Manzetti, was nominated for the Bram Stoker Award for Superior Achievement in an Anthology. In 2017, we started publishing, in Italian, a deluxe limited edition series of works by Clive Barker.
Our publishing team is comprised of several people (divided into English and Italian departments): editors, copywriters, translators, proofreaders, consultants, illustrators, and marketing specialists. All publications, both digital and printed, are available on Amazon and major online booksellers. Paperback editions (and limited & special editions) are also available at our online store and at some specialized libraries in Italy.
Source link: independentlegions.com
0
FacebookTwitterPinterestEmail