Seanan McGuire is the writer of the very popular October Daye and InCryptid urban fantasy series. She has also written several acclaimed science fiction novels under the pen name Mira Grant. She records her own filk (i.e. geeky folk) music and draws cartoons. She has been nominated for several prestigious awards, including Hugo, Nebula and Locus and was the first person ever to receive 5 Hugo nominations at the same year. Her novella “Every Heart a Doorway” won both the Nebula and the Hugo award for Best Novella this past year. We are very grateful for this opportunity to speak with her and ask her about her work, gaming and her thoughts on genre.

Thank you so much, Seanan, it’s been a pleasure!

1. You draw a lot of your inspiration from myths and folklore. What is your favorite Greek myth and why?

I am a sucker for Hades and Persephone.  It’s such a sprawling story–they all are–and following its various incarnations can be a journey to the Underworld in and of itself.  It’s a pleasant way to spend an afternoon.  Orpheus and Eurydice are currently a close second, due to my love for the musical Hadestown.

2. Your characters’ names often reveal some aspect of their personality or story. How hard is it to find a good fit and how long can it take?

I have several books of names, both intended for parents and for writers.  Characters have still been known to change names during the writing process, sometimes multiple times before I settle on something final. 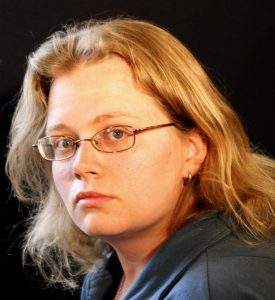 3. Your science-fiction work has been nominated for important awards many times. This isn’t the case for your urban fantasy, though. Why do you think urban fantasy novels are mostly absent from the awards’ shortlists?

It’s a combination of factors. Stand-alone urban fantasy is quite rare, and books in series are less likely to receive nominations or win awards, since they are, functionally, books that come with homework.  If you need to read ten books to understand why the book in front of you is awesome, you may feel like that’s just too much.  Also, honestly, sexism.  There’s an idea that urban fantasy is a “fluffy genre,” which seems to connect to the fact that mostly women write it.  So even incredibly intricate, serious urban fantasy gets overlooked, because it can’t possibly have literary merit.

4. You are a master at creating characters and places that are equally beautiful and cruel. Where does this fascination of yours come from?

5. October Daye starts the series as a mom. Was this a difficult decision to make, seeing how most urban fantasy writers seem to be obsessed with youthful, single heroines?

Honestly, no.  I was looking for the things that would hurt her the most.  That topped the list!

6. You’ve written for the 20th Anniversary Mage: the Ascension anthology, “Truth Beyond Paradox”, and your InCryptid series is among the recommended readings for M20. Do you game and, if so, are there ways in which roleplaying has made you a better writer?

I do!  I played a lot of White Wolf in high school and college, also GURPs, D&D, CyberGen, TFOS…I love tabletop gaming.  I also love video gaming and boardgames, but they’re a very different experience.  Roleplaying lets you learn that sometimes the seriously over-powered, terrifying protagonist is amazing fun.  It also teaches you the joy of failure.  Anyone can roll a 1. 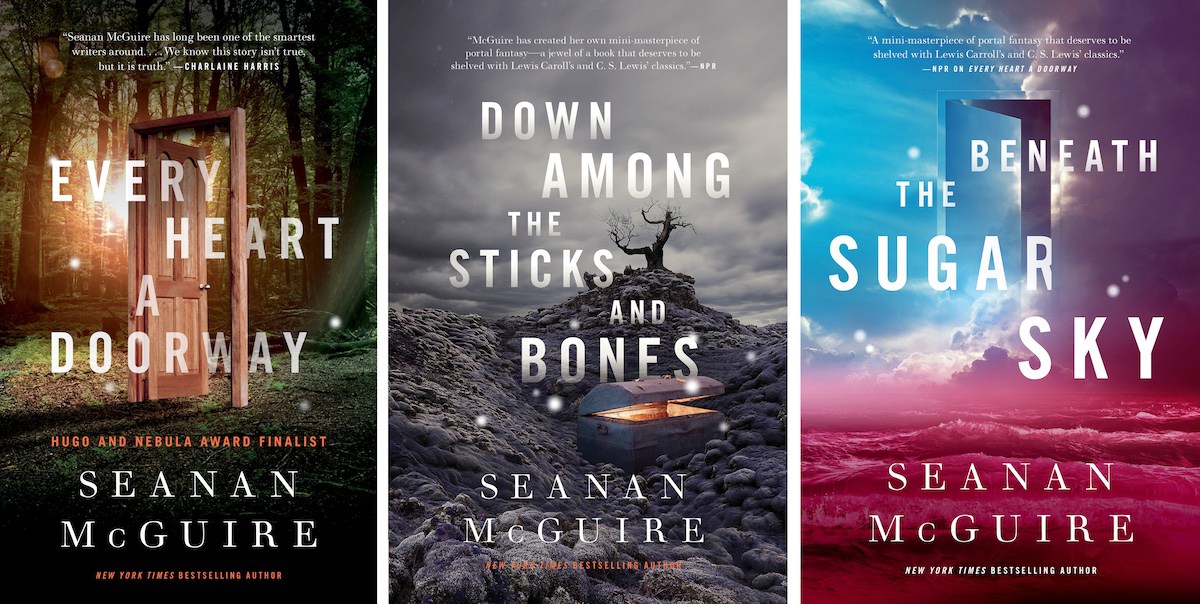 7. There’s a discussion going on around the world, at the moment, about identity and your “Wayward Children” series is one among several that address this issue. Why is this question of identity becoming increasingly relevant in the genre and do you think we might be moving towards a new New Wave of fantasy and science fiction?

Because we’re finally allowed to have these conversations again.  The vocabulary is catching up to the reality of people’s lives, and the internet has enabled us to stand up and say “hey, we belong here too, hey, no one said this genre was only for you, we get to come to the party, hey.  Hey.  Let us in.”  There is no single default way to be human.  It’s time we all saw ourselves printed on the page.

8. Imagine yourself a Wayward Child. What does your door look like and where does it lead to?

Read HERE the greek version of the interview.

Interview with Grady Hendrix, author of...