The new design of the World Fantasy Award

It was a tough choice: the Awards Administration received a lot of entries, and at least half a dozen designs which would have made wonderful Award statuettes. However, by unanimous decision of the Administration, we have selected the model produced by award-winning sculptor and artist Vincent Villafranca (www.villafrancasculpture.com). The sculptor will be attending the 2017 WFC in San Antonio, Texas, where the awards will be presented for the first time.

Professional artists already proficient in 3-D arts working within the fantasy/horror community were invited to submit designs in the first instance, and those shortlisted were then asked to supply a model and specifications. A professional foundry provided a quote to produce the awards in the future, to ensure it would be within the budget of the seated World Fantasy Convention as well as future conventions.

The Administrators would like to take this opportunity to thank every artist who entered designs, particularly semi-finalist Misty Hawkins (www.mistyhawkins.com); it was a close-run competition. 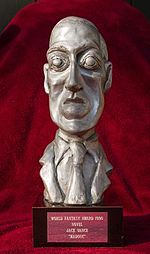 As the competition was still in progress during the WFC in Columbus, OH, the 2016 winners were presented with certificates; they will receive their statuettes later this year, from the chairman of the 2016 World Fantasy Convention, as soon as they have been cast.

There is no financial remuneration for the winner, as the Awards Administration and the Board of the World Fantasy Convention are not fund-holding entities; each convention is run by a discrete group of people and is self-funding, so this was not a commercial opportunity for the winning artist. However, Vincent Villafranca will receive two life memberships to the World Fantasy Convention as a small token of our thanks.

The Board of the World Fantasy Convention and the Awards Administration would like to thank world-famous artist Gahan Wilson, who sculpted the original WFA Statuette. The bust of HP Lovecraft, which was in use for more than four decades, was donated in perpetuity and will continue to live on in the shape of the nominee pins given out to all those shortlisted for a World Fantasy Award.

A note on the design

The Awards Administration wanted something representational that would reflect the depth and breadth of the fantasy field, from horror to high fantasy and all stops in between. Trees—good trees, evil trees, prophetic trees, harboring trees, forests full of demons, forests of sanctuary—turn up throughout art and literature from the very beginning. They represent life, strength, nature, endurance, wisdom, rebirth, protection; they symbolize the link between heaven and earth. In Christian mythology, mankind starts with the Tree of Knowledge of Good and Evil. In Norse mythology, the entire structure of the universe is dependent on the giant ash Yggdrasill, the World Tree, which many Eastern European countries see as a home to the spirits of the dead. Indian mythology has the cosmic tree Asvattha, and there are plenty of fantastical trees in Greek and Roman mythology too, including dryads, the nymphs who inhabit trees, the Dodona grove of prophetic trees, and Argo, Jason’s ship, which maintained the magical properties of the tree which provided its wood.

The Green Man is a magical figure in many countries; druids are tied to the oak and the ash; some oak trees were thought to be oracular. Yews guard the entrance to the underworld, rowan keeps witches away. In Native American myth the hero Gluskap created humans by shooting an arrow into the heart of a birch. In Persia, the tree which grew from the decomposing corpse of the first human split into a man and woman, and the fruit became the other races of mankind. Buddha reached enlightenment under a Bodhi tree, which in turn inspired Robert Jordan’s Chora trees.

But not all trees are nurturing: it’s the treatment of a Chora sapling which begins a bloody war in Jordan’s books. Tolkien’s Mirkwood is as evil as its denizens and Weasels and Stoats rampage around Kenneth Grahame’s Wild Wood; J.K. Rowling’s Whomping Willow has terrified millions, while Patrick Rothfuss’ Cthaeh, lurk unseen in the branches of a giant tree in the fae realm. There’s the baobab tree in Antoine de Saint-Exupéry’s The Little Prince, Ray Bradbury’s The October Tree, the apple tree in The Wizard of Oz, and many more.

Vincent Villafranca has encapsulated the worlds of fantasy in the branches of our new award, and we thank him.

Game of Thrones Teaser “They have no idea... 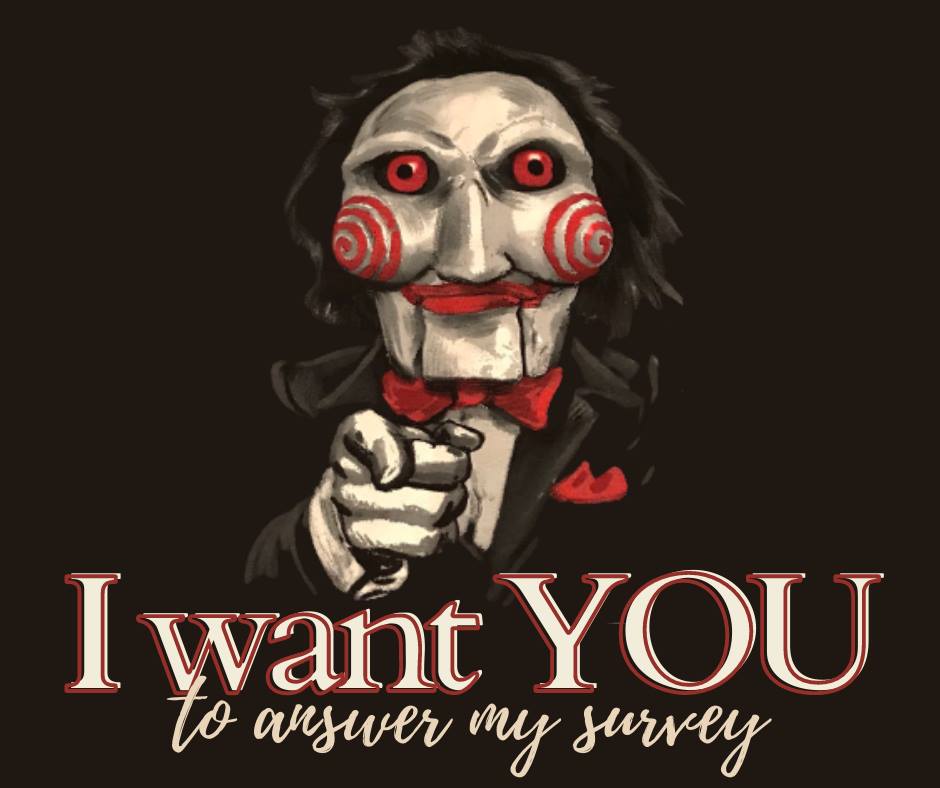 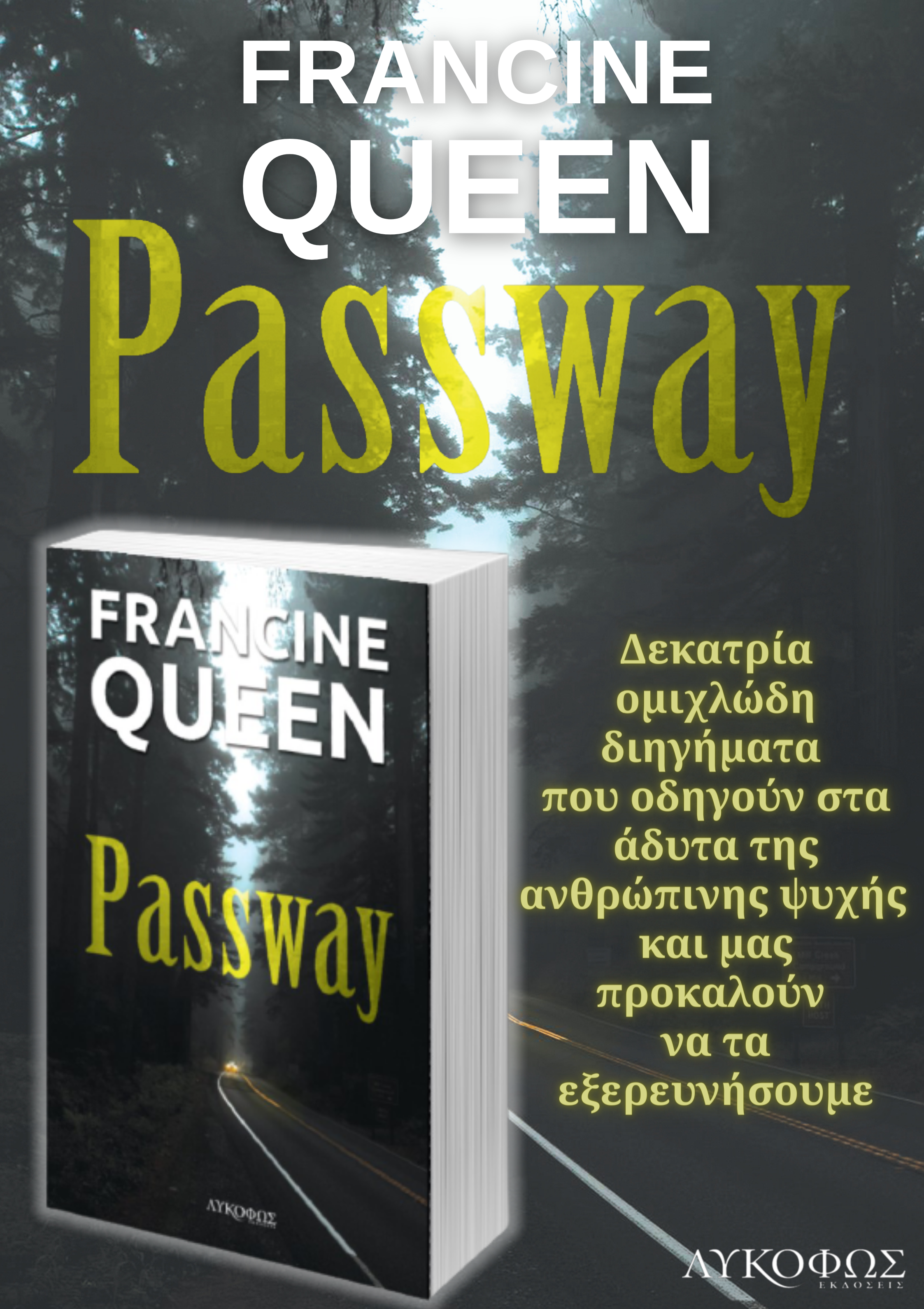